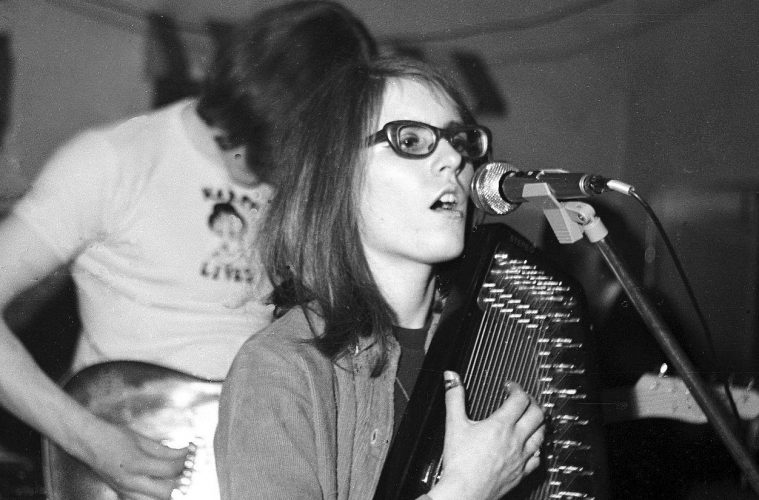 12th July 2020: It is with great sadness that we announce that English singer-songwriter Judy Dyble passed away on 12th July 2020 following a long illness borne with great courage.
Judy Dyble was one of the pioneers of the English folk rock scene in the 1960s, most notably as a founding member of Fairport Convention and vocalist with cult band Trader Horne.
Judy largely withdrew from the music scene in the early 1970s to concentrate on her family before being invited back to the Fairport fold in 1997 for the 30th anniversary reunion at Cropredy. To Judy’s great relief, her worries, ahead of the event, disappeared as ‘suddenly the years fell away.’ Further Fairport anniversary appearances reassured Judy and showed that her passion for music had remained through the years and she made three albums with Marc Swordfish, of Astralasia, as she began a revival of her music career.
This included numerous guest appearances on albums by a host of artists including, in 2017, Big Big Train. Judy went on to form a close working relationship with Big Big Train’s multi-instrumentalist frontman David Longdon. Together they will release their album Between A Breath And A Breath on 25th September 2020, with Longdon providing the music for Judy’s poignant lyrics.

Two songs from the Dyble Longdon sessions which are not included on the album, Crossbones and The Daguerreotype, will be released by English Electric in the autumn subsequent to the release of Between A Breath And A Breath as a tribute to Judy Dyble via Bandcamp.
The lyrics for Judy’s final collection of songs are, at times, haunting and beautifully fragile, dark in tone but neither morbid nor desperate. Specifically, The Daguerreotype looks at how the Victorians dealt with death, turning it into an art form.
In accordance with Judy’s request, Crossbones and The Daguerreotype will be made available as free downloads, with listeners being encouraged to make a donation to Judy’s chosen charity, the Barley Greyhound Sanctuary (www.barleykennels.co.uk/) if they wish.
David Longdon says: “It is with great sadness that I write to say that my dear friend Judy Dyble passed away this morning. Judy and I became friends during the writing and making of this album. Along the way, there was much laughter and joy – but also challenging moments. She was a woman of a certain age and she wrote articulately and unflinchingly about the autumn phase of her life.”
“She dealt with her illness with incredible courage and fortitude. She suspected this album was her swan song and she gave it her all. Judy reassured me that she’d had a great life. Which indeed she did. And I will miss her greatly.”
We wish to express our deepest sympathies to Judy’s family, friends and many associates from her musical career at this time.
Judy’s family would like to thank her fans for their messages and good wishes on social media over the last few weeks, but at this time ask that they avoid contacting them for now as they would just like some quiet time.